By Susanne, In Selah With 10 comments

The story of our daughter’s name… 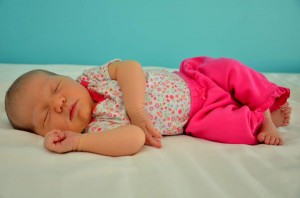 On February 16, when I was about 7 weeks pregnant, I wrote the following in my journal:

“The whisper has been quiet, but in the last 24 hours it has grown louder and louder in my ear. I feel like we’re having a girl, and I feel like her name is Selah…I can’t get it out of my head.”

I had never, ever considered that name before. I don’t know anyone with that name and honestly, we’ve had a different girl name picked out for a while. But I couldn’t shake this incredibly strong feeling in my spirit. I thought it was so beautiful, and I looked up the meaning. I was overcome by the beauty of the meaning as well. The gist of the meaning is to

Stop and listen. Pause to reflect, meditate, and praise. Likened unto, “Amen.”

Then I read this paragraph online (I bolded the parts that stuck out to me):

“Selah” is also thought to be rendered from two Hebrew words: s_lah, “to praise”; ands_lal, “to lift up.” Another commentator believes it comes from salah, “to pause.” From these words comes the belief that “selah” is a musical direction to the singers and/or instrumentalists who performed the Psalms, which was the hymnbook of the Israelites. If this is true, then each time “selah” appears in a psalm, the musicians paused, either to take a breath, or to sing a cappella or let the instruments play alone. Perhaps they were pausing to praise Him about whom the song was speaking, perhaps even lifting their hands in worship. This would encompass all these meanings—praise, lift up, and pause. When we consider the three verses in Habakkuk, we also see how “selah” could mean “to pause and praise.” Even though Habakkuk was not written to be sung, Habakkuk’s prayer in chapter 3 inspires the reader to pause and praise God for His mercy, power, sustaining grace and sufficiency.

Perhaps the best way to think of “selah” is a combination of all these meanings. The Amplified Bible adds “pause and calmly think about that” to each verse where “selah” appears. When we see the word in a psalm or in Habakkuk 3, we should pause to carefully weigh the meaning of what we have just read or heard, lifting up our hearts in praise to God for His great truths. “All the earth bows down to you; they sing praise to you, they sing praise to your name.” Selah! (Psalm 66:4).

I was hooked. What a beautiful, beautiful thing…that her life would be marked by pausing to praise God for who He is…

So, we found out several months later that we were, indeed, having a girl. We spent some time praying about her character, about who she is, about what marks this perfect child of God, and it was confirmed in both of our spirits almost instantly that Selah was, indeed, our daughter’s name.

Here is what we believe about our daughter:

“Selah” lingers on your tongue, like an aroma. She, herself, is marked by the aroma of  Christ….she walks by, and the scent remains. And so, just as the meaning goes:  to stop, meditate, and think about that…to lift up and praise the Lord…Selah  will leave her aroma everywhere she goes, so as to cause others to stop,  remember, and praise the Lord.

And then came time for the middle name. Just as Elliott’s middle name is Brian, we wanted our baby girl to have some part of me passed down in her name. We tried variations of my middle name and although we kind of liked one version, we both just knew it wasn’t quite right for Selah. Then Brian said, “Well I don’t want to just pass down your name, I want to pass down who you are.” So I asked Brian to think about what it was about my character that he most wanted to see passed down in our daughter. After a couple of weeks of pondering, he said, “The thing that I want to pass down to our daughter is the way you so extravagantly love people.”

So! Off we went to find a name that means “one who loves extravagantly.” And you know what we discovered? That there isn’t one! There are a ton of names that mean “love” or “beloved”…but none (that we could find) that means “the act of extravagantly loving others.” So we were stuck.

One day I started thinking about who it is in the bible that exhibits extravagant love. Immediately I thought of Mary of Bethany, who extravagantly showed her love to Jesus perhaps more so than any one else… She sat beside Him when her sister Martha busied herself with tasks. She unashamedly poured out an entire alabaster jar of perfume on the Lord as an offering of her love. She loved him wastefully according to the world, but so extravagantly according to Him that He said about her, “I tell you the truth, wherever this gospel is preached throughout the world,  what she has done will also be told, in memory of her.” Matthew 26:13

Talk about powerful love! That wherever the gospel is preached, her extravagant love will also be shared…wow!!

So, the name “Mary” (although I happen to love that name) didn’t flow very well, so I thought, “Well, what about Bethany?”

As we were contemplating the middle name Bethany, someone close to us asked us if we had ever considered “Bethany” for our daughter’s name. I said, “As a matter of fact, we are thinking about that for a middle name.” We knew that she had aborted a baby many years ago, but that day she relayed to us that in her grief counseling later, she had decided to name that baby Bethany, because “that was the city where Jesus went.”

After hearing that, Brian and I laid in bed one night just crying and crying…lost babies is a topic very, very near to our hearts for many reasons. And honestly, I’m pretty sure that night it was solidified in both our hearts that we would give her that as a middle name. Besides the original reason we were considering it, we wanted to give her this as a middle name in honor of the lost baby, for some tiny bit of redemption for the woman who gave her up and has since  wrestled with grief, and as a living declaration that we stand with and will boldly fight for the little ones “who cannot speak up for themselves” (Proverbs 31:8-9).

And so! There, my friends, is the story of our precious daughter’s name…Selah Bethany.

Selah Bethany is one who carries the fragrance of Christ. Who loves others extravagantly like her mother and like Mary of Bethany, who boldly poured out her love upon Jesus through a beautiful aroma. Who carries His fragrance so strongly that she causes others to stop and lift up praise in awe of our great God.

< Happy Birth Day, Selah B!!
The Day That Selah Came >