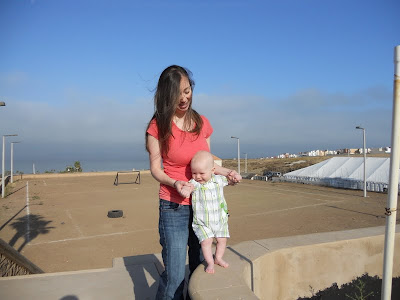 On our drive back across the border to the US, my heart was humming with overflowing joy. I was one happy Senora. I couldn’t wipe the smile off my face as I drank in the reality of what had just happened. My 4 month old had had his very first trip to Mexico (outside the womb). As we drove by cars packed full with little brown children practically hanging out the windows, I have to admit that there was such a sense of feeling at home. I just love these people. I think they are hilarious and wonderful. No one does life like the Mexicans. You can’t sit in traffic without someone offering to wash your car (illegally) or give you a mango on a stick or cook you a burrito or sell you a giant life-sized plastic turtle. Because waiting in a line of cars for 75 minutes certainly makes one realize that one cannot go on one more second without that turtle in hand. Ahh, Mexico!
We were only in Mexico for a quick 48 hour whirlwind, but I just know it was the best 48 hours of Elliott’s entire existence. I even think he looks more like a Mexican now, don’t you? 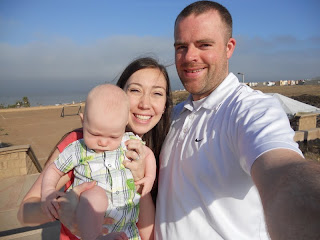 With love,
The Mexican Mobergs