By Susanne, In Colorado, Elliott, Homeschool Days, Selah With 3 comments

Well, another school year is off to the races…and this year, our baby girl headed off to kindergarten. She got a big girl backpack and lunchbox, and I just had to include The Kissing Hand in there for a little surprise. It’s a sweet little book about a little raccoon being nervous about going to school so his mom kisses his hand and tells him that her kisses will go with him to school. Selah was FAR from being nervous about school but I think the book was really more for me than for her… (waahhh!!) I hadn’t been emotional about this whole thing until I sat to read her the book…and couldn’t make it through without crying! Gah! The kids think it’s hilarious when I cry during books, so I’m glad they got a kick out of it!! 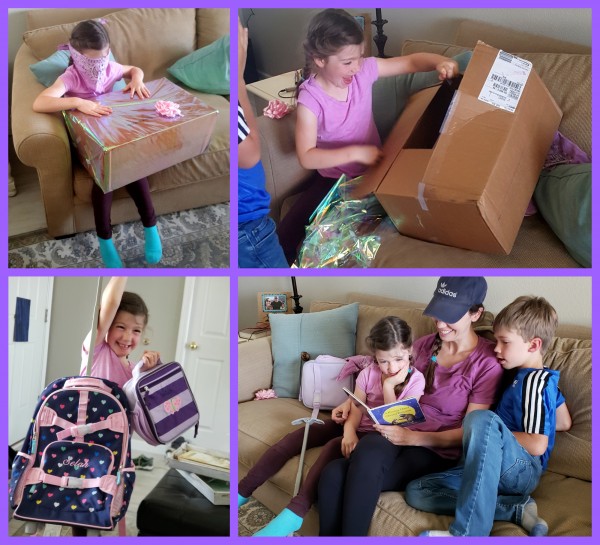 We went to back-to-school night and found her classroom, teacher, desk and friends!

I’m actually not sure if there’s ever been a child in the history of all children more excited to go to school. This child was practically jumping out of her skin she was so excited. She picked out this shirt as her “first day” shirt…the panda sequins change when you slide them up or down. 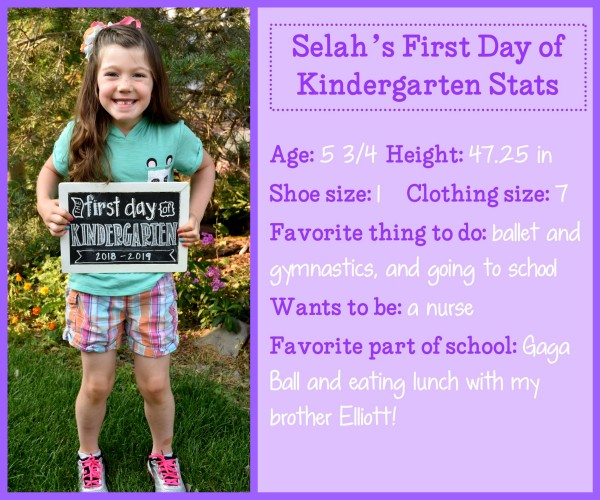 But honestly, have you ever seen such an excited kindergartener?? When she saw this picture, she said, “It looks like I’m about to jump up.” And I responded, “YOU ARE!! Don’t you remember how you couldn’t stop jumping up and down??” Hahaha!! And here she is showing off her panda sequins shirt…both when the sequins are up and down! 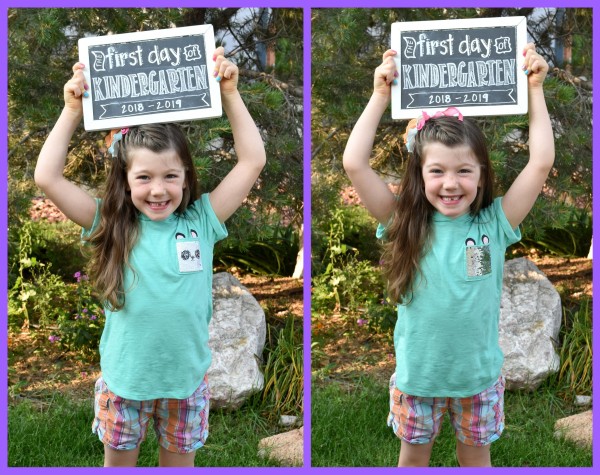 Here she is walking into school for the very first time as a student, and waving goodbye as her class walks into the building…

If it looks like she’s a giant in this picture, it’s because she is :). Actually, she’s not the tallest one in her class! She’s #2!

She only had a half day of school so I couldn’t pack her a fun lunch, but I was happy to see her again after a few hours :). She even made us a kissing hand while at school!! 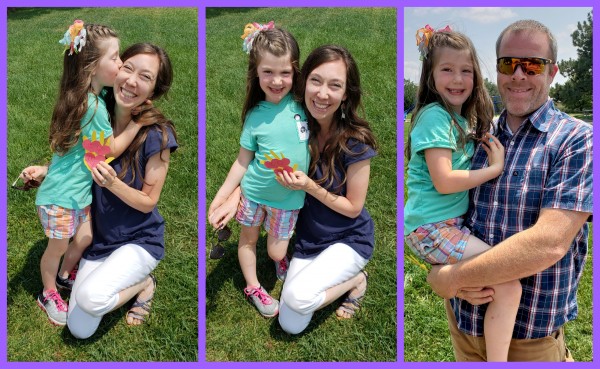 And here is the self-portrait that she drew the next day for our first homeschool day. She is wearing a unicorn headband and holding a parachute, of course :). 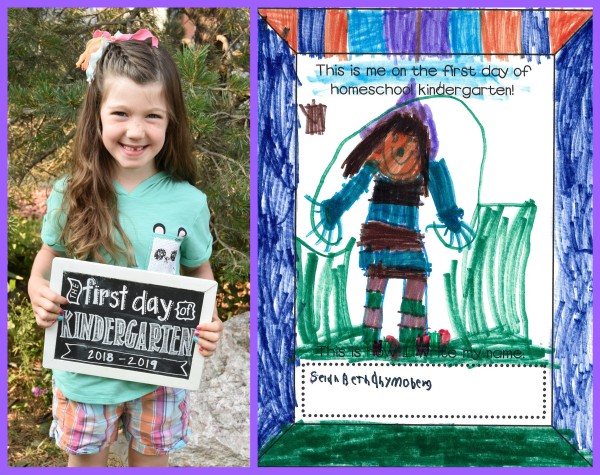 Selah is thriving in her kindergarten class. She absolutely LOVES going to school. One thing I don’t think I made clear before her first day was that she was actually a STUDENT, not the TEACHER. There are quite a few hilarious quotes from her first day, but this one is our favorite: She proudly reported to us after her first day, “Mom and Dad, I was really helpful today. I helped all of the little ones who didn’t know how to cut and didn’t know their letters. You know, all of the two- and three-year-olds in my class.”

I looked at her and said, “Selah…they are ALL five…just like you…”

One thing that has been SO PRECIOUS to watch unfold is Elliott and Selah’s friendship while at school. At home, we have worked diligently to help them build their friendship with each other and prayed that God would form a strong bond between them. But of course there are definitely days filled with much tension between the two of them. We have spent many hours instructing and teaching Elliott about protecting and watching out for his sister while at school and he has just hit the ball out of the park so far this year. One day when she didn’t have anyone to sit with at lunch she went over and asked Elliott if she could sit with him. And he said…drum roll please…”Of course, Selah!” And he cleared a space between himself and his friends for her to sit. #heartgush #thankyouLord!!! He has been a valiant big brother, protecting and serving her while at school…and even telling his friends to go easy on her during Gaga ball because she was only in kindergarten :).

And speaking of that Big Man, he’s an old pro at this whole “school” thing… 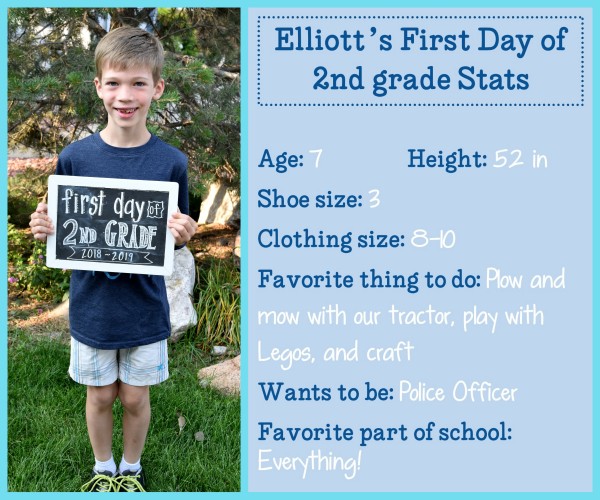 This mighty man found this shirt at the store and INSISTED on wearing it on the first day of school. I will admit I was not the biggest fan of it…not because I don’t want to take some credit for this wonderful young man, but because we all know that he is who he is because of the MIGHTY GRACE OF GOD!! And of course, Brian and I have helped shape him and teach him…but if we’re gonna get a t-shirt, it might as well boast about our great God. I wish the shirt said, “I am who I am thanks to God and a little help from my dad and mom.” 😉 Regardless, we let him get it (I’m not sure I’ve EVER seen him so opinionated and persistent about an item of clothing) and wear on the first day of school… 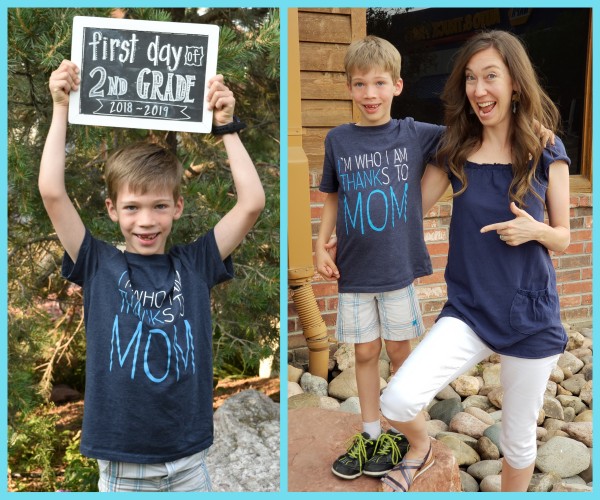 Aaaand, the caption on the picture of the two of us together reads, “Mom holds son at gunpoint and forces him to wear shirt that gives her credit for his awesomeness. Son is terrified.”

Here the self-portrait Elliott drew on the first homeschool day: 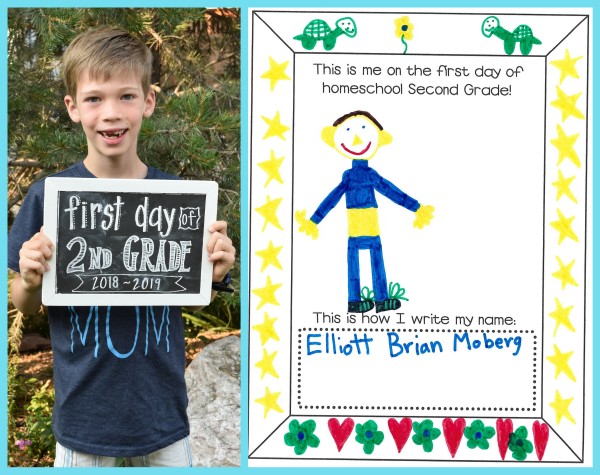 Elliott has a fabulous second grade teacher and he is, as always, loving school! 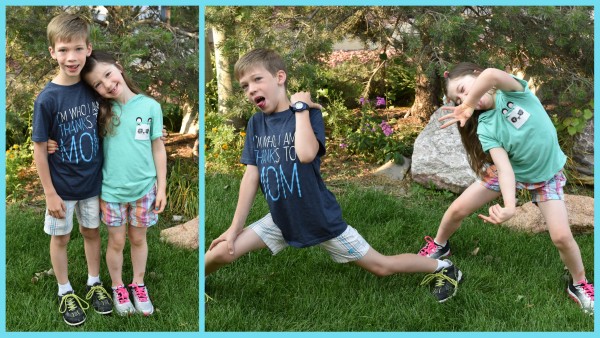 My goodness, these two are just my absolute favorites!!! Happy first day of school, dear ones!! 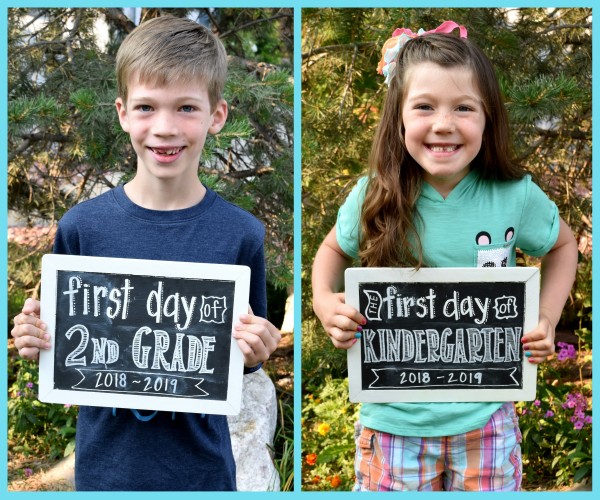