By Susanne, In New Mercies Monday With 7 comments

This edition of New Mercies Monday…brought to you on TUESDAY. Because, life.

Between nursing my very sick husband back to health, snuggling my very emotional 5 year old who just got over being sick, making uber amounts of garlic tea and chicken stock and onion poultices…oh my, my newest mercy yesterday was that we all SURVIVED!

BUT…I’ve been excited all week to share about our new mercies from last week…so here we go!

We all needed some new life around these parts so I decided to get us some caterpillars towards the end of March! When I told my friend Courtney about them she was super impressed, asking me if we went out and caught them ourselves…which, we basically did…from Theeee Amazon!! Not the jungle, but the internet site. They’re basically the same thing, right?

The sweet little buddies arrived and it was so much fun to let the kids open the box and discover what was inside. We observed, journaled, drew pictures, did art crafts, checked out a million books at the library and filled our little brains with all there was to know about our new special friends. 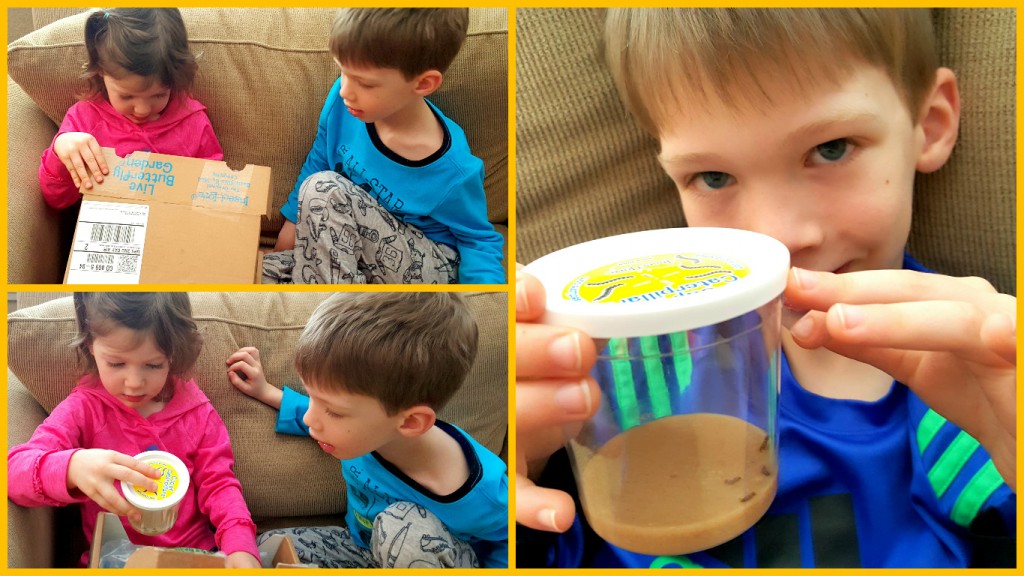 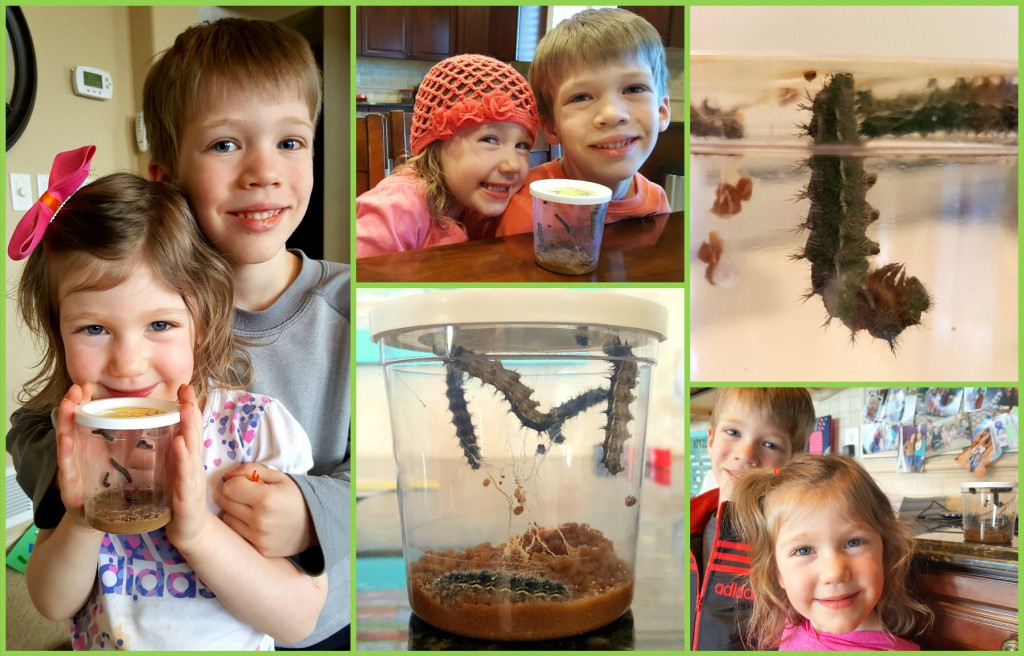 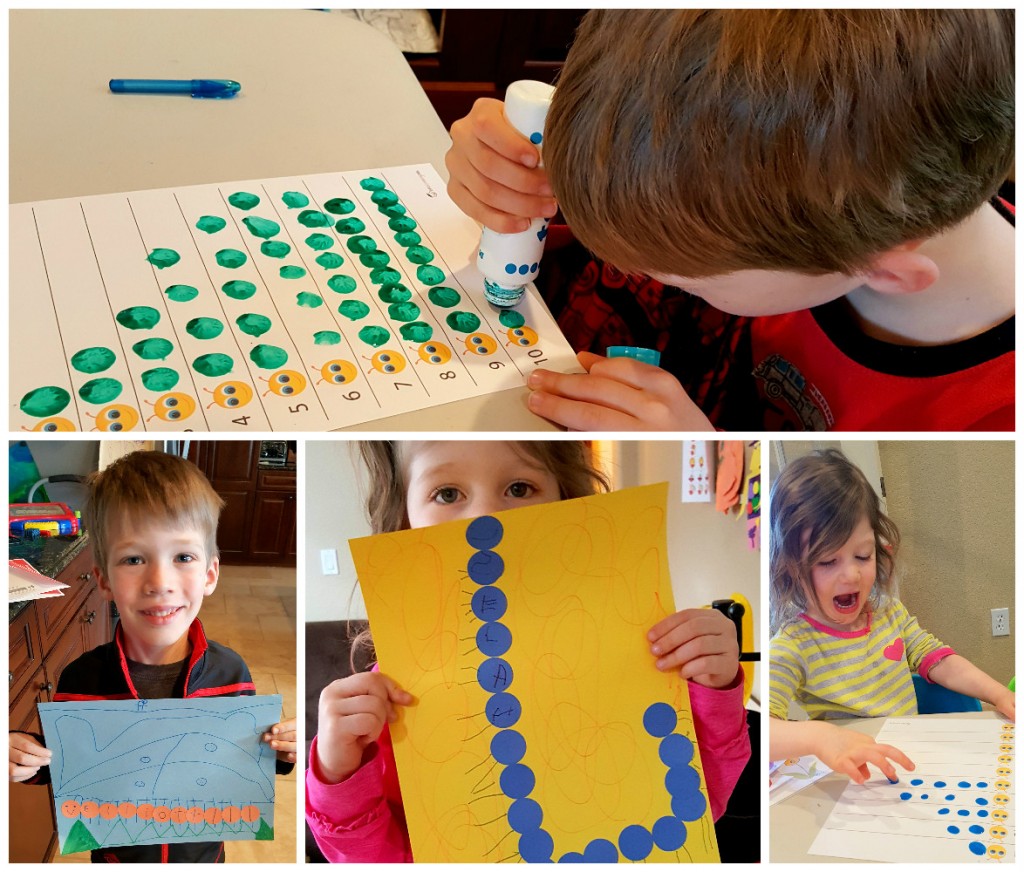 We did lots of caterpillar crafts… 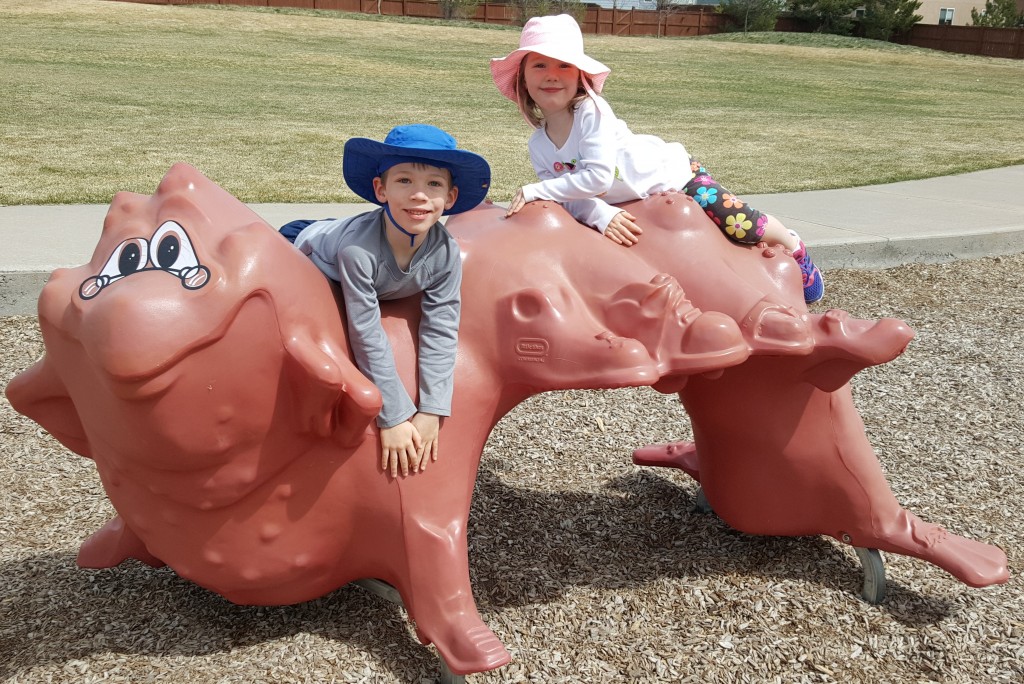 …and even found a caterpillar at the park!!….

…until we came home from preschool on Tuesday and FOUND A BUTTERFLY!!!!!!

We put some oranges in a bowl for him and sweetened his “flower” with some nectar that we mixed up together.

The next day, we woke up to ANOTHER butterfly!!! We were all so excited! And then, for the next amazing act…I was staring at one of the Chrysalises because it seemed like it was totally clear when all of a sudden, I saw the butterfly’s head poke out!!! I frantically called for the kids and Brian and raced to get my phone and got back just in time to capture THIS on video!!! (And please excuse my frantic calling to Selah…she was missing the whole thing because she was so intent on explaining to her Daddy what was happening! I didn’t want her to miss it!!! Ha.)

How SPECIAL is that?!!! Oh my goodness, I couldn’t get over it!! It was such a thrilling experience!!

The fourth butterfly came out later that day and the fifth came out the next morning! Hooray!

We read a million butterfly books and talked about symmetry and did lots of butterfly activities. One of our books talked about the types of flowers butterflies are attracted to, and Elliott could not get it out of his head and continually asked us if we could, “buy some perennials that butterflies are attracted to and plant them!!!” If you know me, you know I certainly don’t have a green thumb, but we figured it out and finally were able to plant the flowers this week once the blizzard passed. We’ll let you know if they actually grow!!! (Aunt Melanie, are you SO proud of us?!!!) 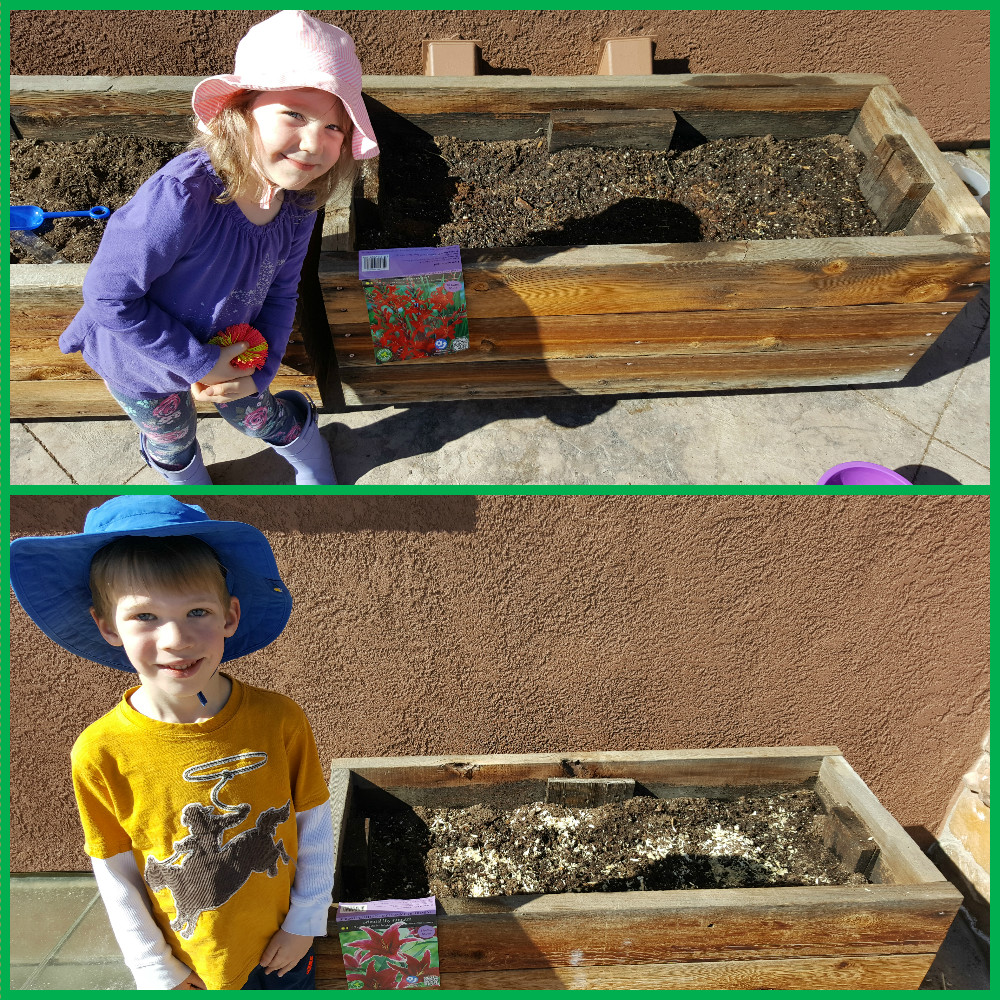 I found the following project here, and I think they are simply stunning!! I folded a paper in half, drew half a butterfly on one of the sides in pencil for each kid (and for myself!!) and then poured some black paint into one of our half-filled glue bottles. The kids traced my pencil outline and then made whatever designs they wanted on the inside. The folded them in half to imprint the black outlines on the other half and waited for them to dry. Then we filled them in with watercolors!

This was a good challenge for Elliott…not trying to figure out how to paint the butterfly in symmetrically, but how to not be a PERFECTIONIST about painting him in PERFECTLY symmetrically… 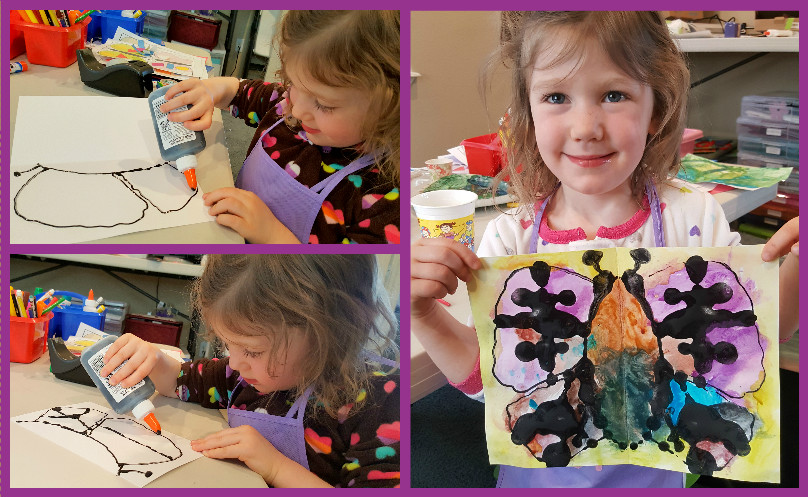 Selah wasn’t so keen on the whole “symmetrical” thing…as I’m sure I’ve mentioned before, she takes artistic license with everything she does! 😉 Isn’t her butterfly beautiful?! 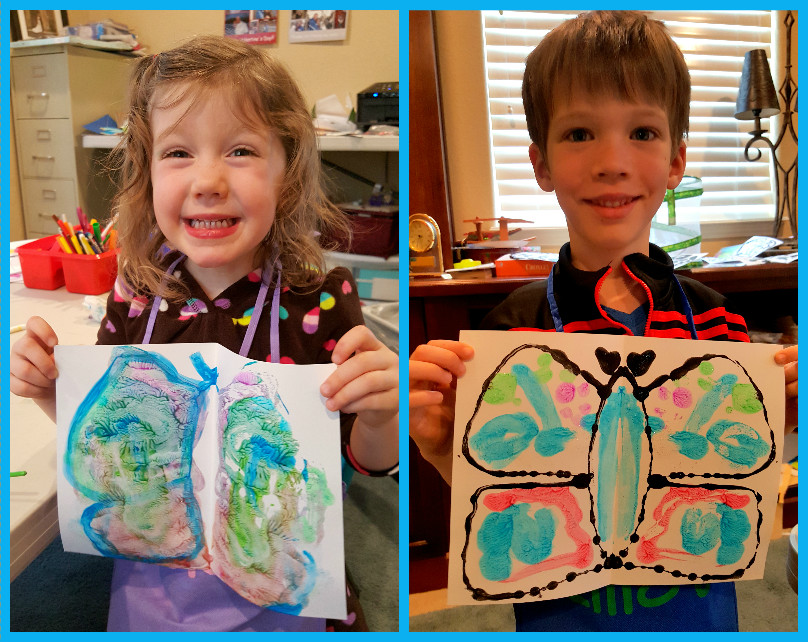 We also did these fairly quickly with some regular paint. They just painted one side and folded in half to make it symmetrical.

And you’ve just gotta see the kids’ journals. Oh my, I think they are the most precious things on the planet!

Selah’s journal. I (obviously) wrote most of her words and I’m pretty sure I drew the two caterpillars in “Js” and the chrysalis on Day 13 for her…all the rest of the artwork is hers! 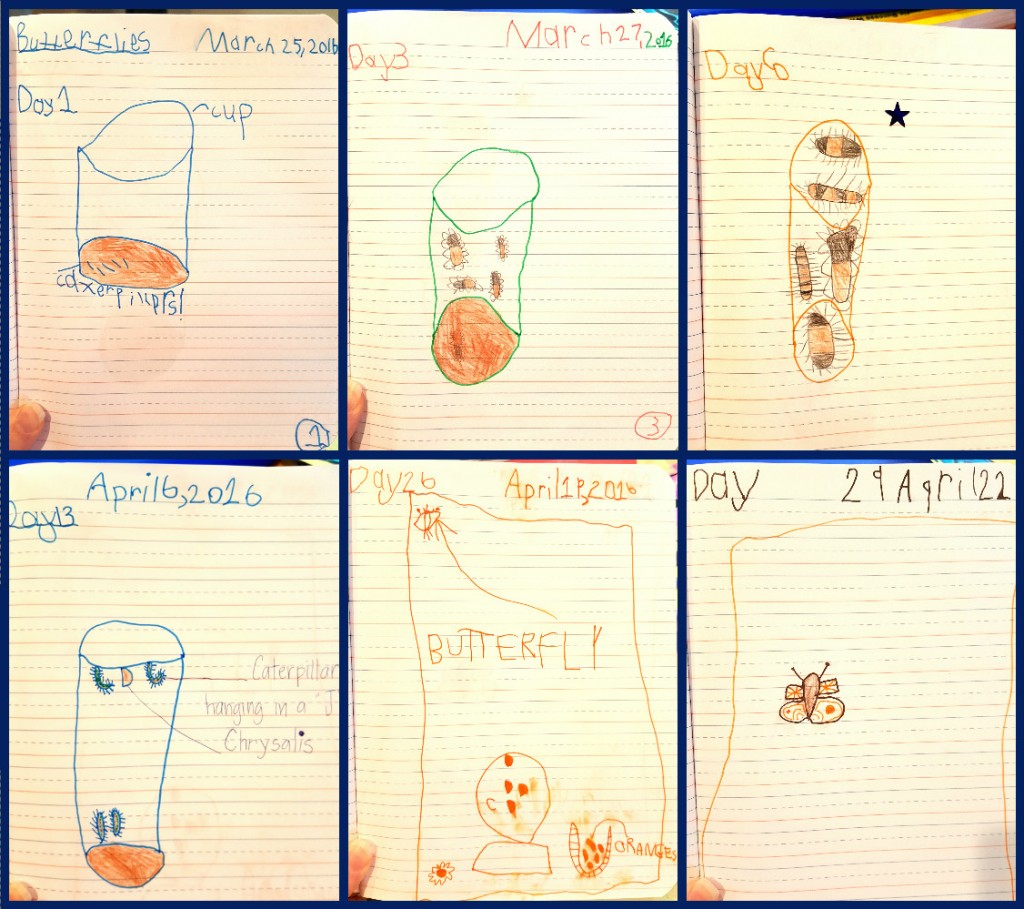 And look at this big man’s work!! WOW!! He knocked our socks off. He did most all of the writing himself and ALL of the drawings himself!! 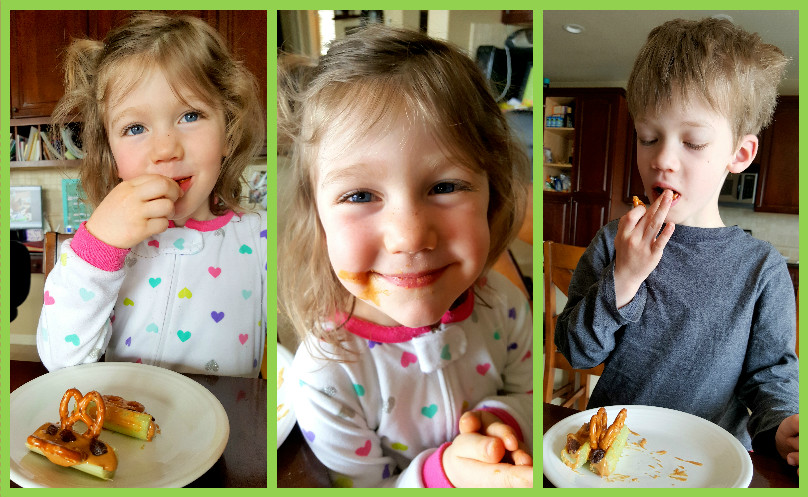 We had a butterfly snack, which felt a bit like a pinterest fail…how on earth do you get the pretzel wings to stick up in the peanut butter??!! I have no idea. The kids didn’t care…they gobbled them up!!

And finally, we released them. It was fairly warm out, but a SUPER windy day. They were definitely hesitant to leave their little cage. One finally flew to the top of the cage and then I gentle put my finger under his feet. He crawled on my hand and we got some cute memento photos before he took flight. I finally grabbed a stick and used it to reach in and gently put it under the other butterflies’ feet. Selah was brave enough to hold a stick with a butterfly on it, but Elliott kept his distance ;).

If you read about Selah’s potty training experience, you know she is very descriptive when it comes to describing her poop. Sunday night after struggling a bit to get a long one out (is this tmi?? Sorry…) I finally heard it splash into the bowl. I said, “Wow, are you alright?” She responded, out of breath, “Yeah. Wow, my poop was like a chrysalis hanging from my bottom!!!!”

Teachers, can we all agree that this here 3 year old met the learning objectives and understands the life cycle of a butterfly?! Hahahaha!!!!

So there you have it…such a new mercy for us this week!!!

And three other bonuses for you: 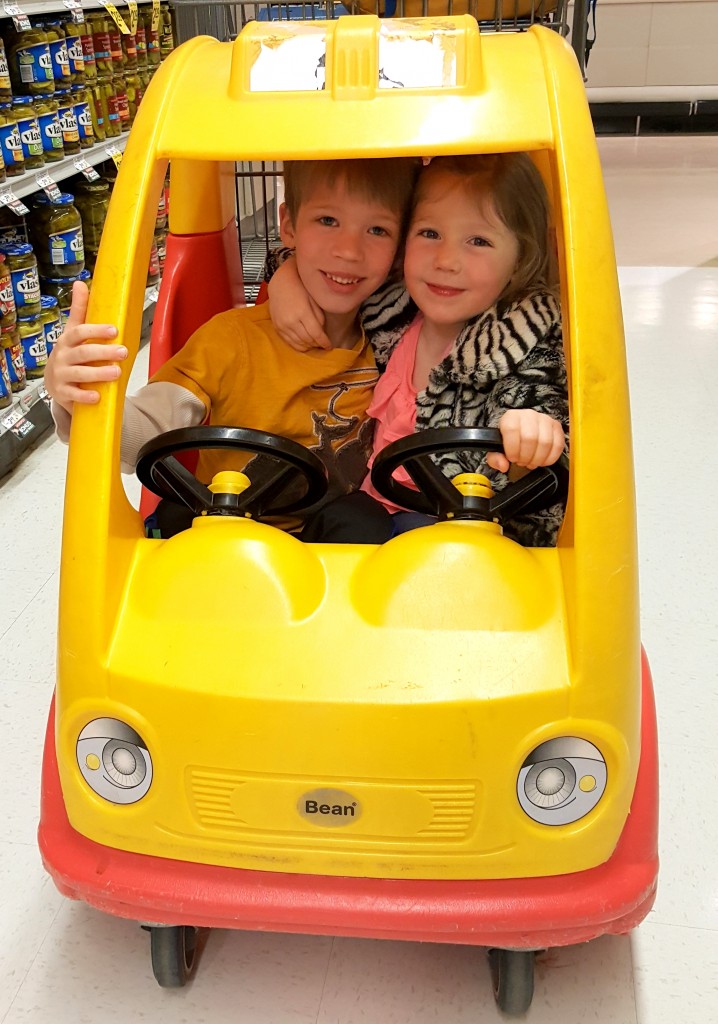 Thank you, Safeway, for making our trip to the grocery store as thrilling as a ride at Disneyland! 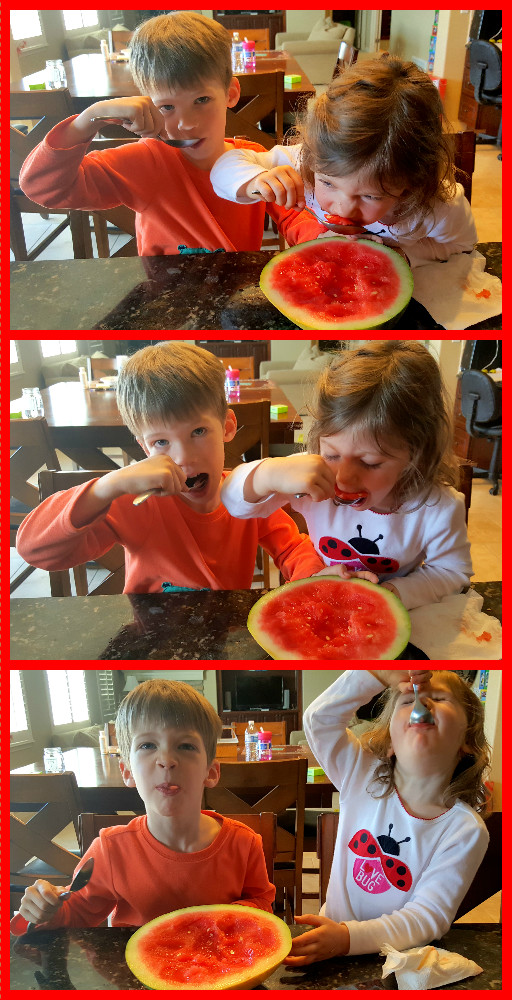 Watermelon is finally cheap at Costco!! Hooray!! The kids have been begging for it but we told them we had to wait until it was (more) in season. Can you tell these children have missed it?!! HAHA!!!

And THIS was the sunset on my way home from the gym one evening…WOW. Thank you, Lord.

And now it’s YOUR turn!! Comment below and tell me about the Lord’s new mercies to YOU this past week! I’d love to hear about them!