By Susanne, In Selah With 12 comments

I will be honest, I wasn’t sure this day would actually ever come…

Our sweet little girl has taken after her mother, who didn’t have hair for a very, very long time. I had put away her baby book, expecting to pull it out in a few years again to record her “first hair cut” moment…you know, when she actually would have some hair.

But then…a couple of months ago, Brian said to me, “Hey…do we need to do anything with Selah’s hair? It’s looking pretty…scraggly….”

“Of course we don’t,” I immediately answered. “It is growing out and we will not cut a single hair.”

Now, none of my (in-town) friends have little girls Selah’s age, and so–I’ll be honest–I don’t have much help when it comes to the areas that I’m not so “natural” at…and hair is one of those areas. Selah’s been going to a gymnastics class since September and is finally gaining some little girlfriends. One week, one of the moms was talking about how she had to cut her little girl’s hair many times in order to “get it to grow in fuller and faster.” I asked her what she meant by that, and another mom chimed in saying, “Oh, yes. My girls, too…you have to trim it to get it to grow.” I asked a couple other friends who have girls and everyone agreed–“you’ve got to trim it to get it to grow.”

Let me just say, I still don’t really think I believe it 🙂 but after I thought about it for a while, Selah’s hair totally started to drive me crazy, and I realized they were right–it needed to be cut. At least a bob would be more feminine than the “wild mullet look.” So…with bated breath I broke the news to Brian and we got her in as quickly as I could make an appointment.

Here are some BEFORE pictures: 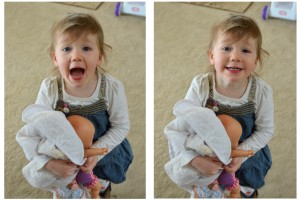 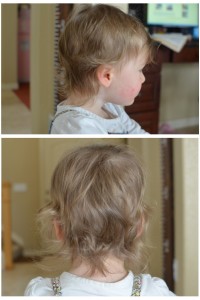 “The Wild Mullet” side and back 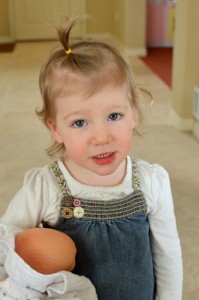 To be fair, I would pull it into a (tiny) little pony on the top of her head like this, and I do think she looks ADORABLE, wild mullet and all…

When I asked her if she would like to get her hair cut, she got SO excited and said, “Yeah!! I sit in the car like Elliott!!” We go to a kid’s place for Elliott that has toys and little cars for the boys (or girls!) to sit in. He’s long outgrown the cars, and in fact, I think she only saw him in one once, but that’s still what sticks out in her mind. So I was wondering if she would choose a car, but she was excited to sit in the big chair with the princess mirror…. 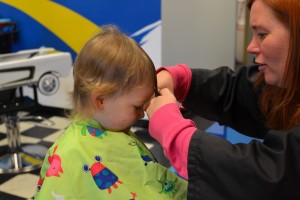 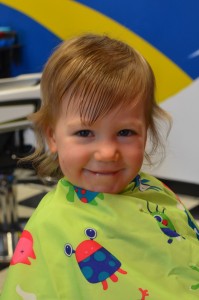 What a BIG girl! 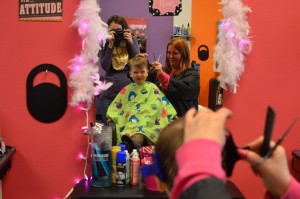 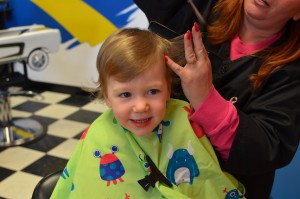 She was super cooperative and did such a great job! 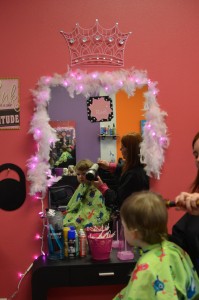 Here’s the full view of the “princess station.” 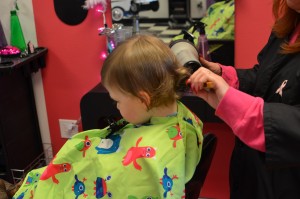 “Yes, enjoy this while it lasts, Selah, because I will probably not blow dry your hair again until you’re at least 16…” 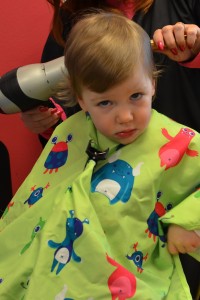 “I think that’s just fine by me, Mom…this is weird.” 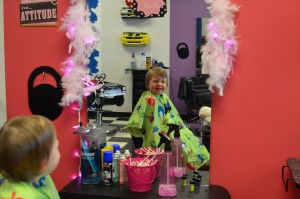 Brian walked over to see how it was going, and this is what she did. So proud to show her daddy her “new” hair! 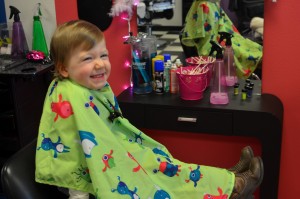 Look at those cowgirl boots peeking out!

I couldn’t get a good “after” picture at the place because as SOON as the lady put her hair up and said she was all done, Selah JUMPED out of the chair so she could go play with the toys. 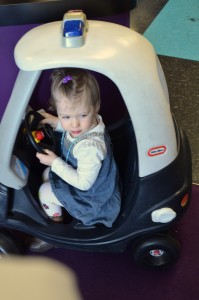 The police car is her favorite one…

Oooohhhh, the difficulties of getting this girl to smile on demand! “Selah, please look just look at me REAL QUICKLY and smile!!” 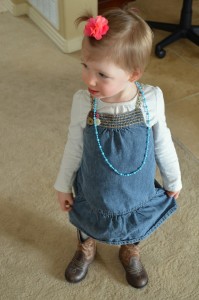 My little girl in a jean dress…be still my beating heart. 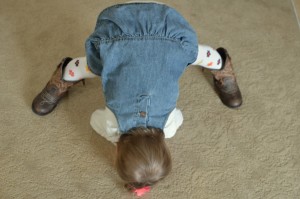 Our little gymnast is just more comfortable on her head… 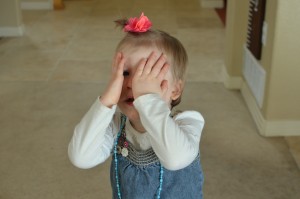 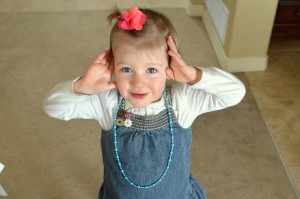 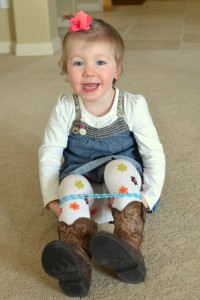 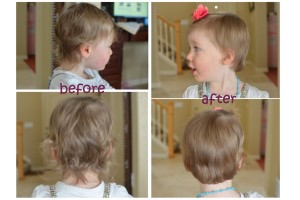 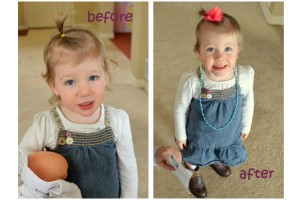 …and still a cutie-patootie!!

Her hair is still too thin and short for a true bob, but hopefully now that it’s cut it will “grow in fuller and faster” like everyone keeps saying it will. I’ll believe it when I see it :). In the meantime, she’s perfectly adorable and we love her!!!!! 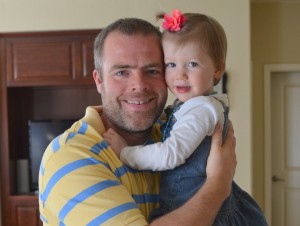 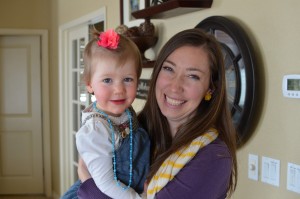 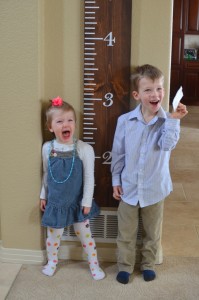