By admin, In Selah With 2 comments

Selah had many fun milestones this month. She took her first swim and started waving for the first time! She’s been standing for a few seconds on her own and eats seconds on all the finger food she is now eating ENTIRELY by herself (adios, purees!)!! She gained a third tooth and dropped her third nap. She converted from the scoot crawl to crawling on all fours and celebrated her first Fourth of July.

And every day, we see more and more of her sweetest little heart overflowing in her budding personality. Babies.Are.So.Much.Fun!!!!!! 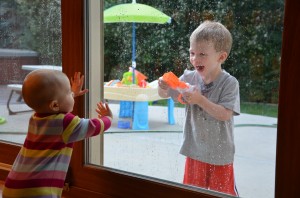 They both wanted to have a water gun fight, and this was my solution :).

We enrolled both the kids in swim lessons, which was a SUPER fun two weeks! Elliott came so far and Selah…well, Selah loves to splash and lick the water off her chin :). But it was a fun family activity and I’m so glad we did it! 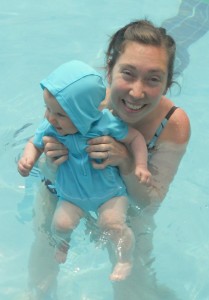 Sportin’ the hoody and matchin’ the mommy. 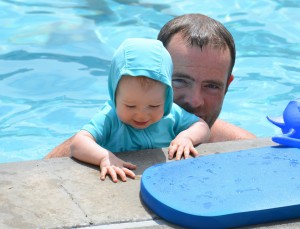 She loved playing drums on the edge of the pool! 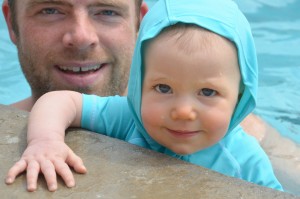 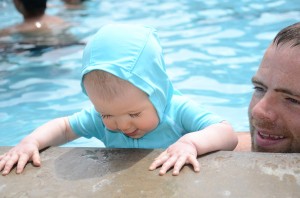 Could those lashes possibly be any longer??? 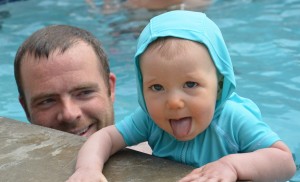 Mmm, I love the taste of this pool water! 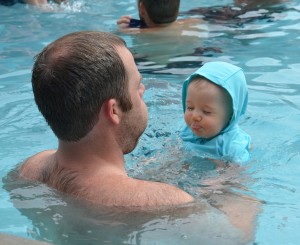 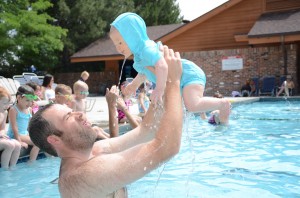 …Baby gets dunked under water and then gets to fly out of the water and breathe in fresh air again! 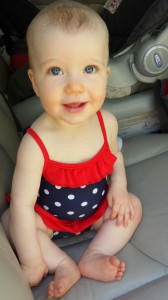 Representing the good ol’ US of A in her swim attire…thanks, Grandma and Grandpa for the cute suit! 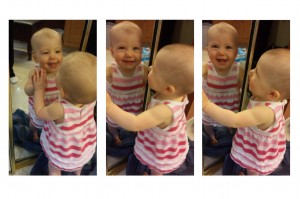 She eats totally independently now…what a gift for a busy Mama!! 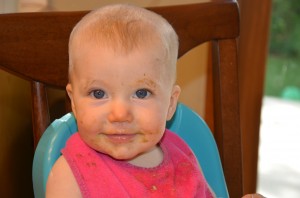 “Wait…how did you know that my Mommy didn’t feed me lunch?”

So, I’m still not entirely sure how this little “game” started, but I THINK it was because we were trying to train her out of blowing raspberries at meal times. For some reason, she picked up on how much “fun” that was, and she would just blow raspberries throughout every meal, thus literally blowing raspberries all over the house. (She’s actually never had a real raspberry…but you get the point :)). So I think–in order to get her fixated on something other than that, I started puffing air out of my nose when she would do the raspberry thing. Well, somehow or another, she started this little game where she would pout her bottom lip out and blow out of her nose…and it became the CUTEST, and CLEANEST, new game to play at meal times :). 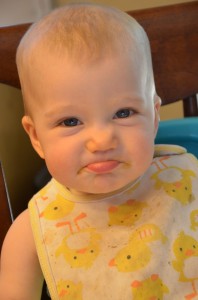 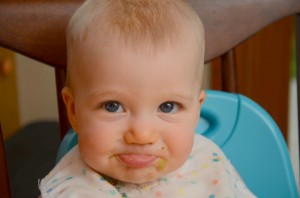 How can you resist that face? 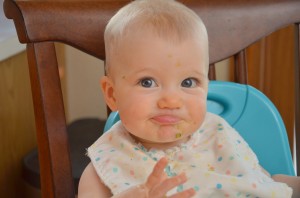 CONSTANTLY on the move…

She’s started crawling on all fours instead of scooting/pulling herself along the floor. This, as you can imagine, has made her much faster at getting around! And her determination with play time hasn’t slowed down, either. 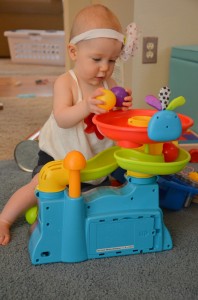 She loves this little ball popper toy, and has officially figured out how to use it this month! 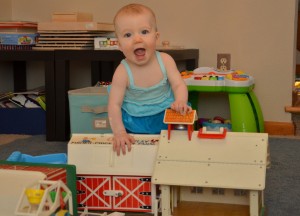 “Look how BIG I am, Mommy! I tower over this barn and school house!”

Look at these cute pies! 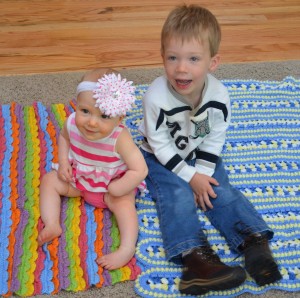 Sitting on their baby blankets that Nonna crocheted for each of them! 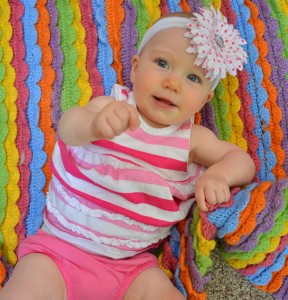 Brian was training Selah here: “Selah, just do this when a boy tries to come near you. Got that? Good!” 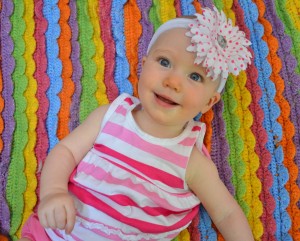 “Daddy, don’t you know that I only have eyes for YOU anyway??” 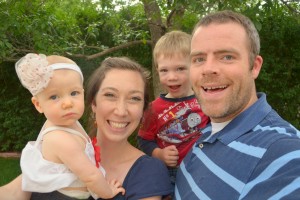 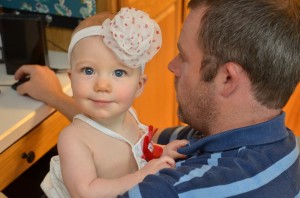 Hanging out with Daddy… 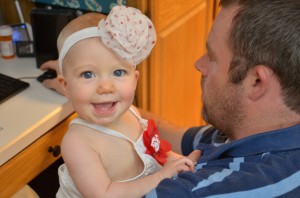 …which, of course, fills her with joy. 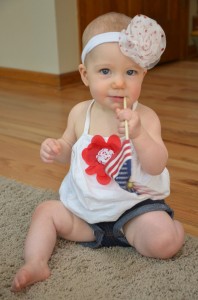 No, Selah, you WAVE the flag, not EAT the flag! 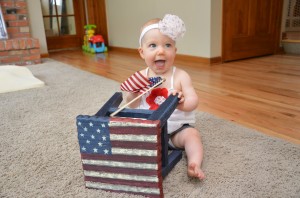 I was trying to pose her standing up against this stool, but she INSISTED on knocking it over every time, ha!! 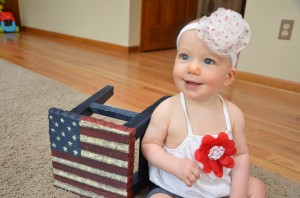 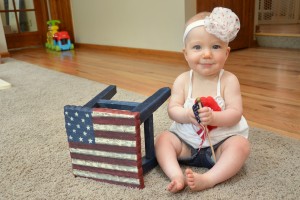 And the day after she turned 9 months, she just started playing Peekaboo with me all on her own…CUTEST BABY EVER :).