By Susanne, In Elliott With 2 comments

Well, big surprise—Elliott continues to be our absolute greatest delight. The other day I got to stay home with him all day by myself (unfortunately because I am sick, but that’s beside the point) and it amazes me still that I have never gotten tired of him…not even once in his 10 months of life. I have never had that moment, “I just a need a break from him!” In fact, I still hate leaving him…I still would rather be with him than do just about anything else.

Elliott is happiest when he is moving. He’s really always been like that, but the desire to move has increased! He walks along everything and pulls himself up onto everything. He loves opening and closing cabinets and drawers. One of his favorite games is “The Chase Game.” He squeals with delight, trying to catch his breath while he laughs and crawls as fast as he can as I run after him and say, “I’m gonna get you!” He still loves “Peekaboo,” and any game where the object is to laugh and laugh and laugh…

Here are some of Elliott’s favorites this month:

Oh my word, I wish I could put into words how wonderful it is when Elliott gives kisses. He opens his mouth as big as it can go, sticks his tongue out ever so slightly, and plants his open mouthed French kiss anywhere you’ll let him. He prefers the cheek and the mouth. And when he’s feeling especially affectionate, he will do it over and over and over again…Ahhh, it is my favorite. 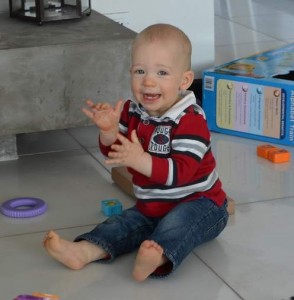 He kind of looks like he's on the verge of crying here, but he's actually just really, really happy, ha!!

He started clapping last month and now it is one of his favorite things to do. For some strange reason, he loves to clap when I am changing his diaper… ?? He literally does it every time I put him on the changing table. It is so hilarious, and I was telling Brian about it and told him we should video it because it’s so funny. Well, sure enough—something about having Brian in the room and the camera made him camera shy because he didn’t do it anything like he normally does, and we tried twice! I’ll put a video below of the best video we got, but I’m telling you, this doesn’t even come close to doing the cuteness justice.

What 9 ½ month old whistles? Brian Moberg’s son, that’s who. (Brian’s won whistling contests, you know!) Yes, you heard me correctly, Elliott is whistling. This whole month his favorite and most common face is the “o” face…you know, when you put your lips like a little tiny “o”…like when you want to whistle. Well one day, the whistle came out. I couldn’t believe it. And he now whistles an average of 2 or 3 times a day… Yep, you heard it here first, folks. 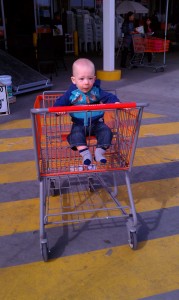 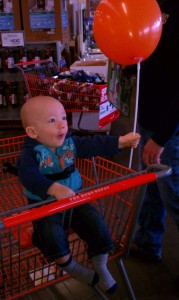 Super Excited Whistling Face as the nice Home Depot Lady hands him his very own balloon!

Climbing out of his car seat. 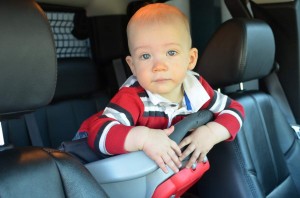 As soon as I start to unbuckle him, he does his part to get out. It’s pretty darn cute. The lighting isn’t the best at the end of the video, but here’s a video of him climbing out:

We have finally had some success in the eating of solid foods this month…we’ve gotten him to take some Puffs (like little cereal pieces that dissolve in his mouth) and a few bites of a Mum-Mum (a dissolving rice cracker). 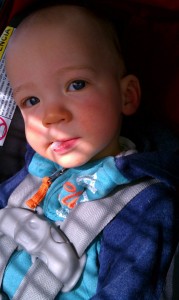 And then one day…he finally decided to start feeding himself and, of course, I pulled out the camera after he did it once, hoping he’d do it again: 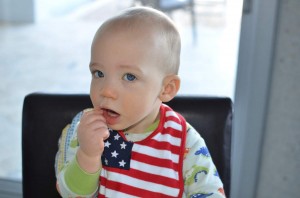 "Are you REALLY getting this on camera, Mom?" 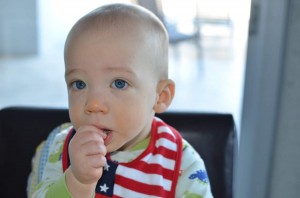 "*sigh* Okay. I'll eat one by myself again so you can take a picture." 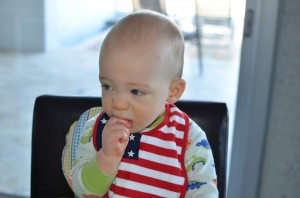 "You know, these really aren't my favorites still..." 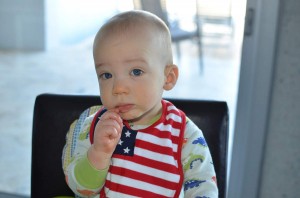 "Ehh, you know...slimy, yet satisfying."

The first two are from Christmas time. 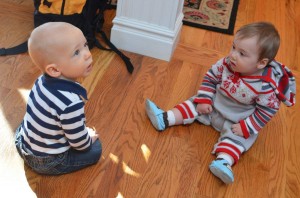 Quinn! Quinn is Elliott's true Bosom Buddy. And they are less than 2 weeks apart! 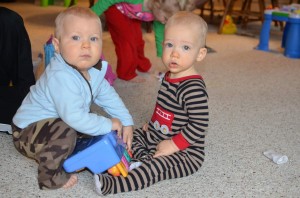 Cody! Cody's favorite way to play with Elliott was to sit on him...and Elliott didn't seem to mind at all, ha! 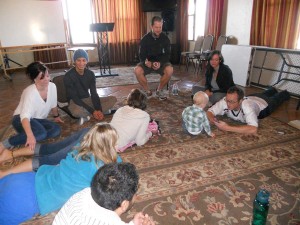 To sum up, Elliott is the cutest 10 month old that ever existed. Still don’t believe me? Here are some pictures over the last month to prove it… 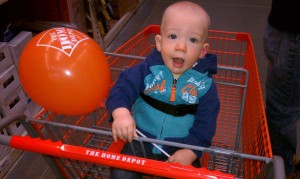 "Helping" me by taking all of the dirty rags BACK OUT of the bin... 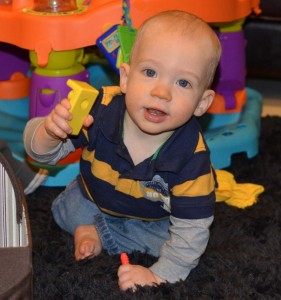 Playing with Daddy's tool set from when HE was a boy... 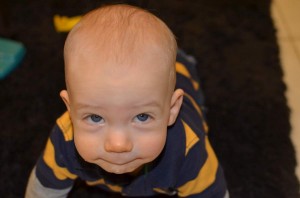 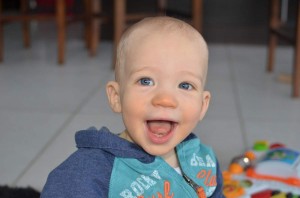 I love how Elliott delights in life... 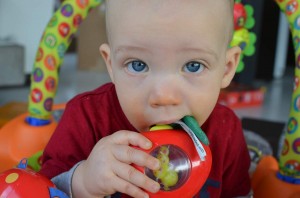 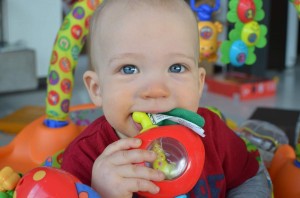 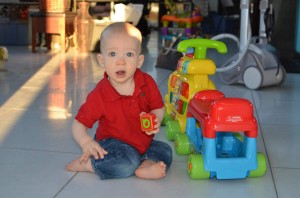 Playing with his new alphabet train! Thanks, Grandma and Grandpa Moberg! 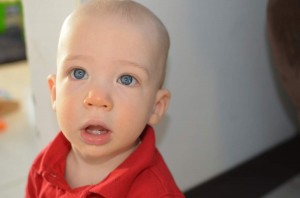 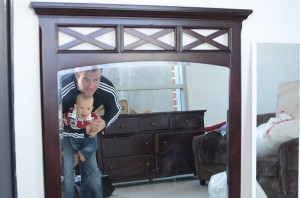 Playing the mirror game with Daddy...one of his favorites. 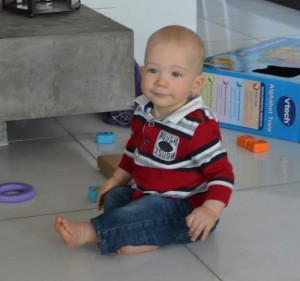 This is his "polite smile."

And, finally, my top four favorite pics from this month: 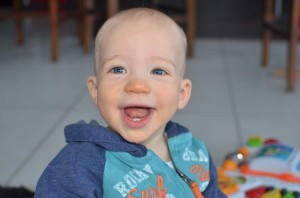 So wonderful, he is. 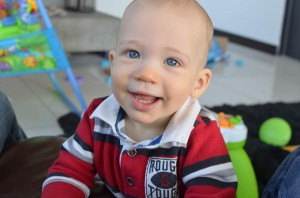 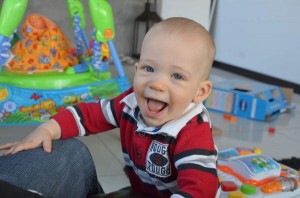 So filled with joy... 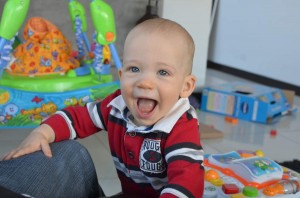 All in all, he is perfect.

We love you, sweet little love of ours. Happy double digits birthday, to you!!!!!