By Susanne, In Elliott With no comments yet
Be warned…this “4th of July” post is mostly a big excuse to post a bunch of themed pictures of Elliott.
🙂
Elliott just loved his first 4th of July (outside the womb). It was a glorious day here in Tacoma. The 4th of July is definitely one of those days where it is just an utmost blessing to be in the house we’re in…front row seats to all the celebrations!
We sat out on our deck to watch the famous air show.

If you look veeerrrrry closely at the following picture, you can see an aircraft hovering above the water. This was, by far, the coolest part of the air show. Here’s the paragraph that describes this plane:

USMC – AV-8 Harrier Demonstration Born during the national call-to-arms immediately following the Japanese attack on Pearl Harbor, Marine Fighting Squadron 311 (VMF-311) was first organized on December 1, 1942. The Squadron has deployed in World War II, the Korean war, the Vietnam War, the Gulf War and now in Afghanistan and Iraq. The AV-8 Harrier aircraft has Vertical/Short Takeoff and Landing (V/STOL) capabilities which allows this jet to practically hover in mid-air.

Look at this kid. Could there possibly be a cuter All American Baby? 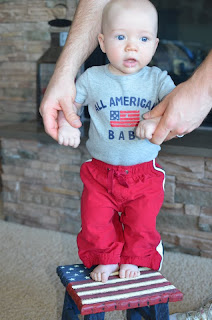 We were trying to do some “artsy” photos with this stool… As you can see, Elliott doesn’t look so sure about the whole idea… Ah, well…we tried :). 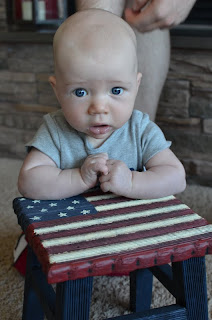 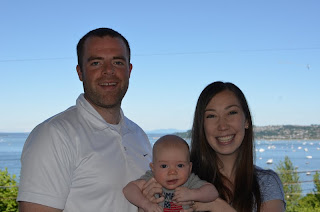 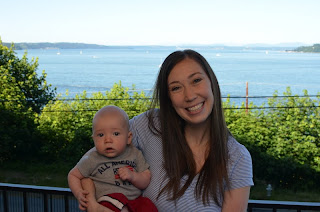 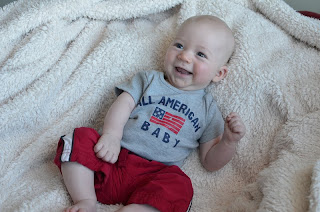 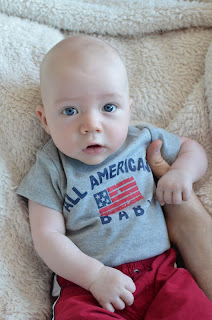 And now, for a series of adorable faces from Thee One and Only, Elliott Adorable Moberg! 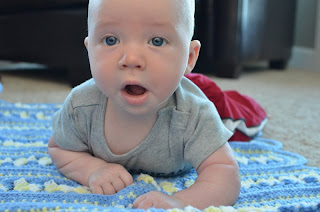 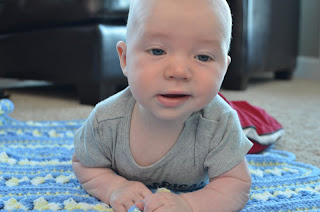 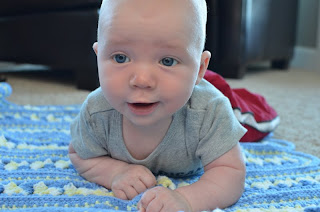 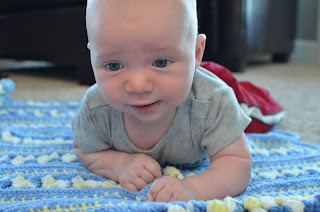 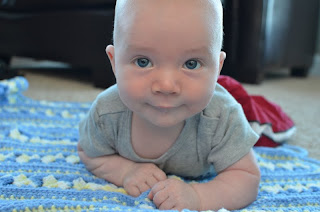 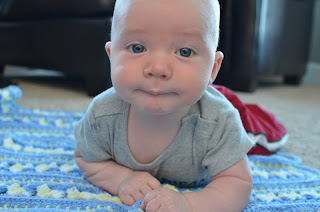 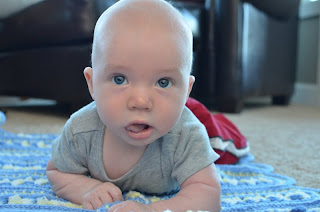 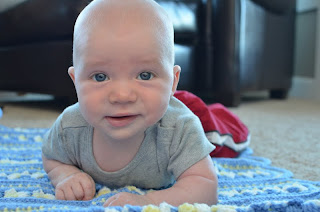 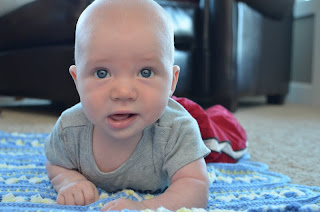 If I ever take up photography, I would like to ONLY photograph my own child. I can’t get enough of his little face!!

IN OTHER NEWS:
(Congratulations if you’ve made it this far through the post!)

Elliott has started sleeping through the night. I’m sorry, did you catch that? My little man has all of a sudden decided he doesn’t need me anymore at 3am. I’m not quite ready to say “He’s sleeping through the night,” but he has sure STARTED to!! He’s now done it 3 times in 5 days. The first night he did it was the night of July 3rd. So I woke up around 3:30am like normal and was surprised he hadn’t cried yet. I couldn’t quite let myself fall all the way back asleep because I was expecting him to cry at any minute. But then I looked at the clock at 4…4:30…5…5:30…6… and he was STILL ASLEEP!!! The funniest part is that every time Brian woke up and realized he wasn’t awake yet, he would ask (because he was trying to be helpful), “Oh, do you want me to go get him?” “No!!!!” I would laugh. “Let him sleep!!” And sure enough, that was our little 4th of July present from our sweet Elliott: first time sleeping through the night (10:30pm-7:15am). I feed him consistently between 7:15 and 7:30 every morning, so as SOON as the clock struck 7:15 and we heard him make the tiniest noise, we both bolted into his room…we couldn’t wait to see him and congratulate him!! This is a memorable day for us, as last year on the 4th of July we found out we were pregnant. What joy!!!!