By Susanne, In Colorado, Elliott, Family, Friends With 2 comments

So before I go any further, you all know we moved about 6 weeks before his birthday. So, to answer the question you will all be dying to ask–no, I did not choose the orangey-beige color on the walls and yes, I DID let the kids paint the walls and write verses all over them to make absolutely sure that the walls got re-painted. Win.

Our mighty man hit the big 8 and we had lots of celebrating to ring in the new birthday year. One of the more exciting things is that we had the honor of a visit from Aunt Paula and Uncle Joe!! They got to join us for Elliott’s Mauss family birthday party a couple of weeks before his actual birthday! What a treat!! 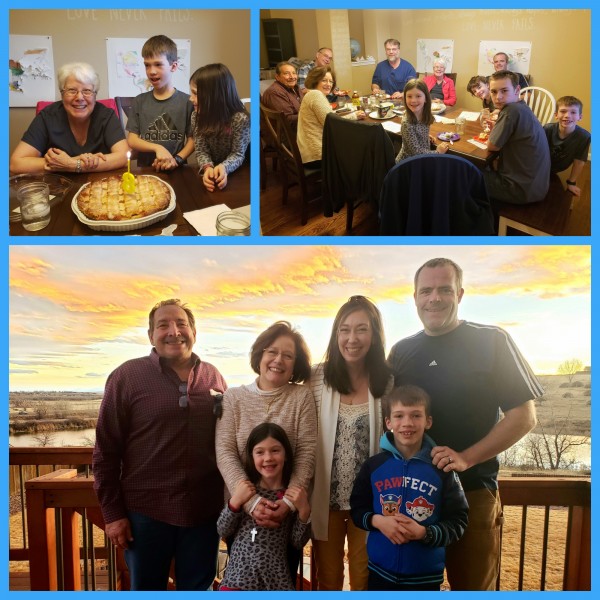 Let’s just take a minute and talk about Elliott. Oh this boy is just so special. He still chooses to wear his Carhartts and striped blue/navy blue shirt (that I got him for his 5th birthday, I think??) almost every day. If you’re wondering how it could possibly still fit this growing boy and how it could possibly not have holes in it from this active little buddy…well, it doesn’t really fit (see the sleeves?) and the elbows are basically two big holes. He loves the Paw Patrol (even though he’s still never seen the show) and boy is he into “stuffies”! Selah got him this little Marshall stuffie last year for his birthday and they are inseparable. He is also just hopelessly infatuated with turtles. I love his heart. Here he is on his birthday morning, wearing a 3 year old shirt, in his birthday balloon chair, with his birthday stuffie from last year. I just love this child of mine so much! 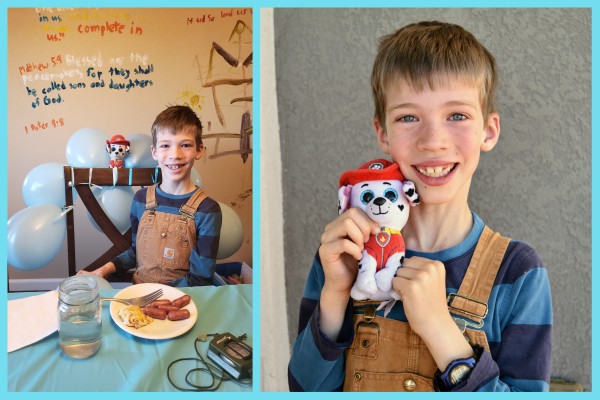 On his actual birthday, he had testing at school for the morning (which he was really excited about, mostly because they got to chew gum, lol). Grandma and Grandpa were here to visit so we all picked him up from school, played at the park for a bit and then hit Chick-fil-a for lunch. Doesn’t get much better than that, does it?? 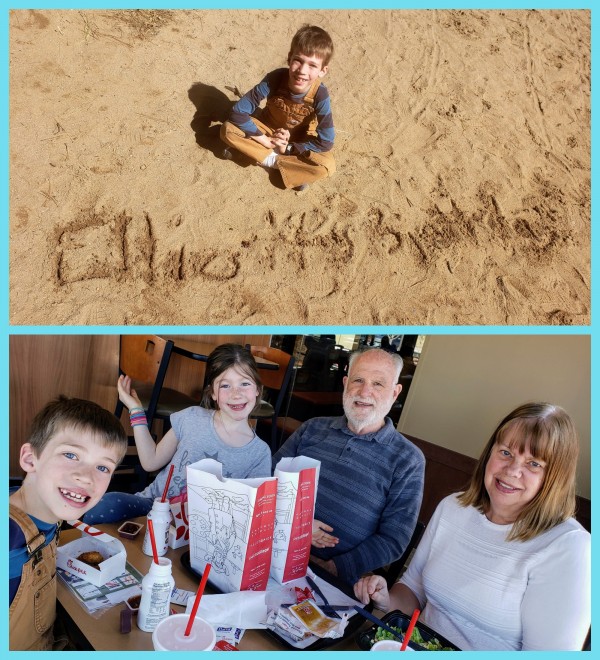 We celebrated as a family with mud pie (obviously). And…I discovered that I somehow lost all of our candles in the move. Hmmm. And I still haven’t found them. I’m starting to wonder if there’s a group of baby turtles out at our lake having a hey day with these colorful wax sticks that burn fire…

I regress. I found some matches (matches?? who still owns matches??) so they served as our candles. It was a win-win because I also couldn’t find our lighters, so we just lit a match to light the match candles and told Elliott to HURRY UP and BLOW THEM OUT!!! We opened some special presents, one of which was the “biggest Lego set I’ve ever had!!” from Grandma and Grandpa. He might be a little excited. 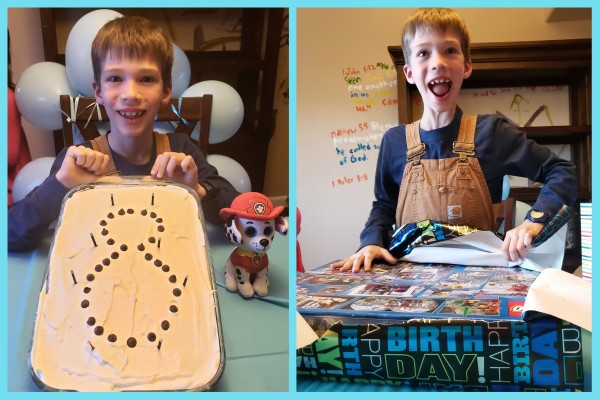 A different night, we ALSO went out to dinner at the Texas Road House (first year he hasn’t picked Red Robin!) which was fun because they put him on a saddle to sing to him! 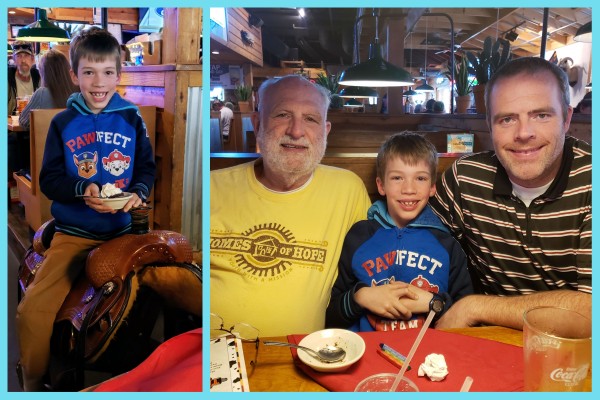 And, for the final celebration…One of Elliott’s best buddies, Quinn, has a birthday just 12 days after him. Our families decided to go to Great Wolf Lodge together to celebrate our boys. We ended up with two extra bands so each of the birthday boys got to pick one more friend to join in for the day. They went down a million slides, swam hard, bowled and even got to play in the arcade. It was such an awesome birthday!! 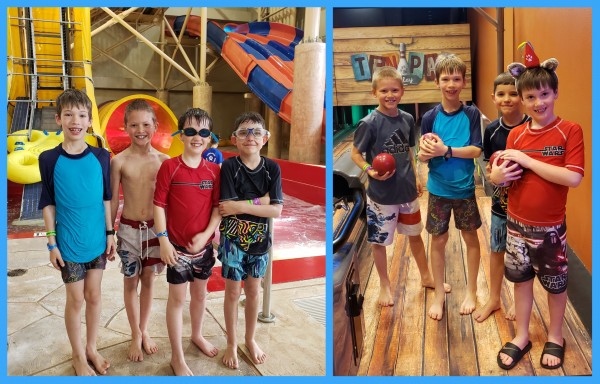 Elliott is SO BLESSED with incredible friends. These three boys are no exception. This a group of respectful and kind, yet wild and super fun boys that I would happily have Elliott rub elbows with for a long time! They are such a blessing!! 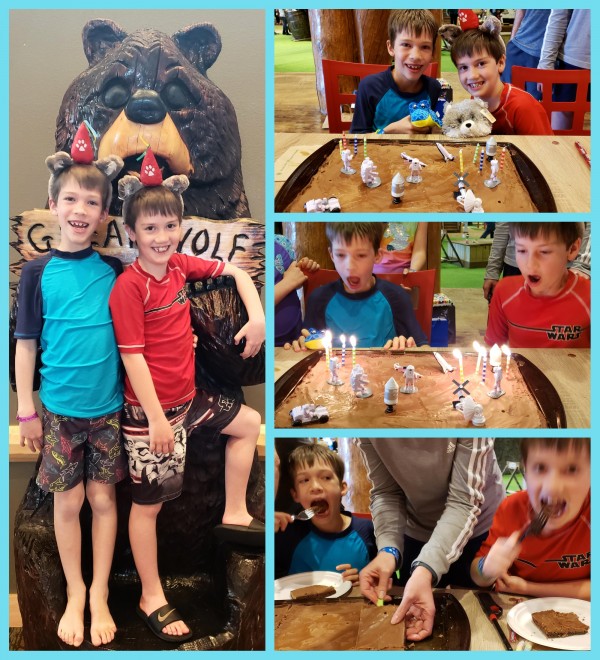 These two. I’m always tempted to pull out the baby pictures. Maybe I already have! It fills my heart with such extreme joy that these two were bosom buddies, and were friends long before they were born. What a GIFT and treasure from God!!

Quinn’s sisters made a delicious Star Wars cake that was devoured pretty quickly for sure! 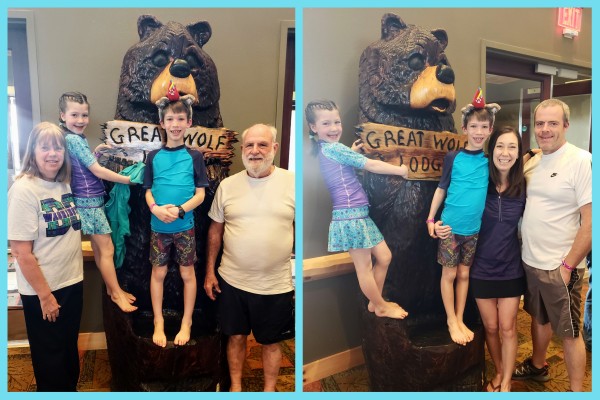 Yes, we were all there too. And Grampa and Nonna joined us for lunch and birthday cake!

Well, that’s a wrap. I will end with this picture, which I think is my absolute new favorite picture of my boy. But seriously. 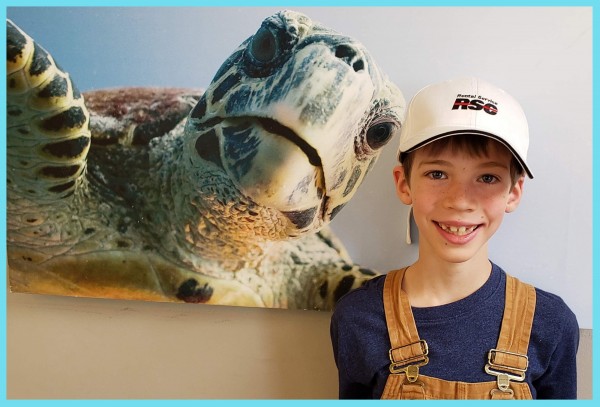