By Susanne, In Baby Tres Bien, Our Story in a Few Blogs, Pregnancy With 2 comments 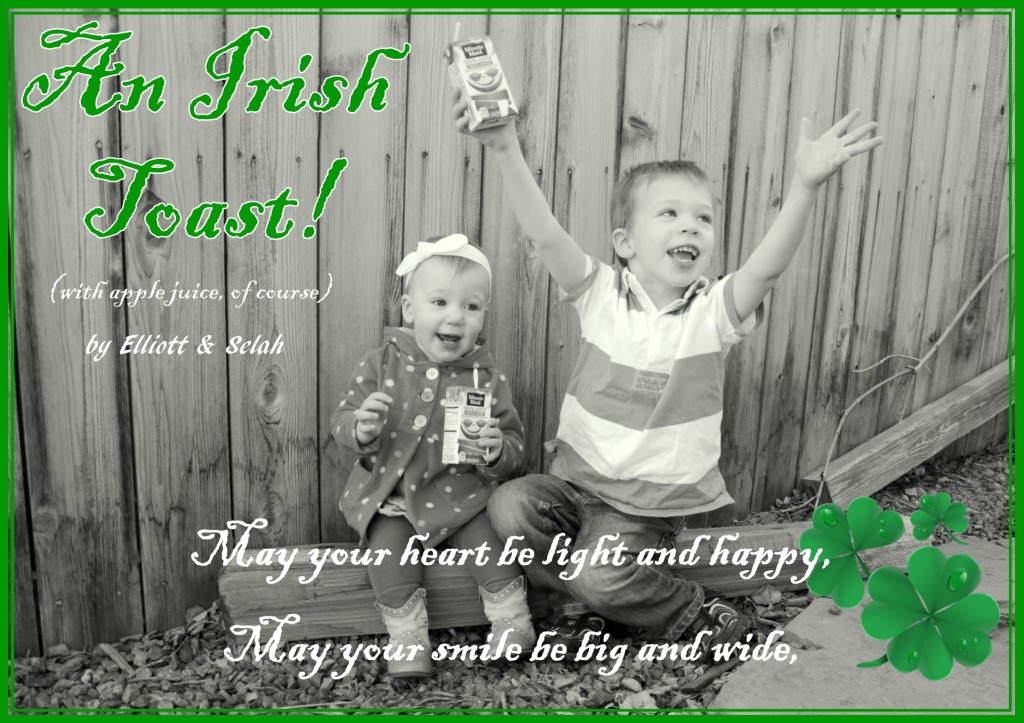 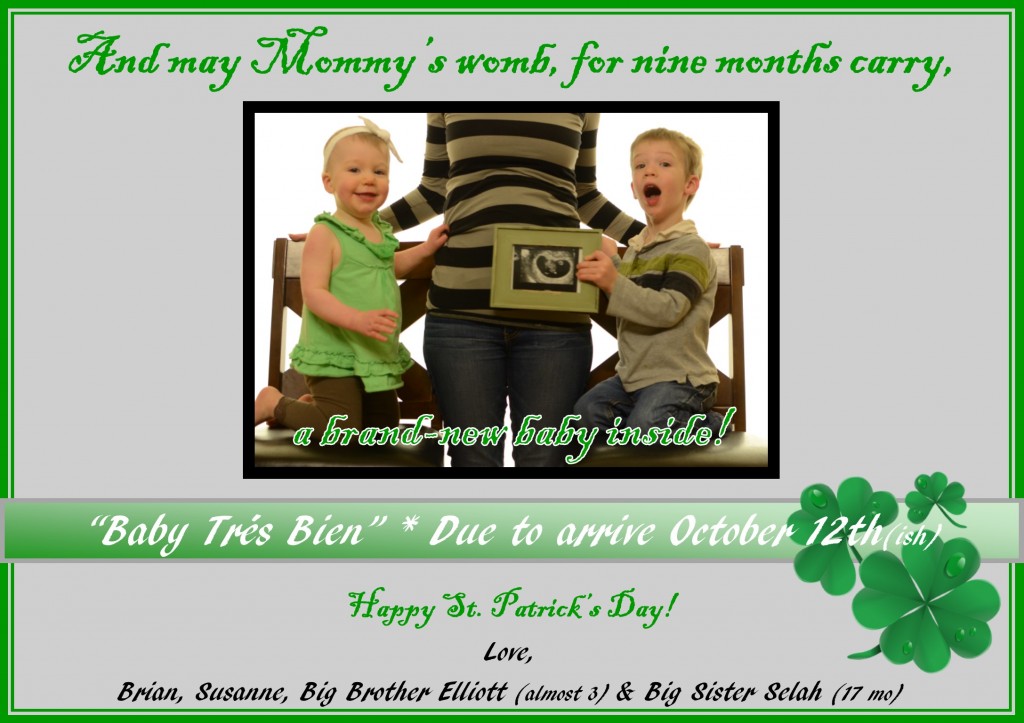 We are SO thrilled to announce we have another little life growing in my womb… Baby Trés Bien, due October 12, 2014!

Why the nickname, you ask? Well, it’s just the only nickname that kept coming to mind when I found out we were pregnant. It’s baby number 3, which is where the “tres” came from. However, as many of you know, Brian speaks spanish with a French accent. Hence, the “tres” (trace) turned into “trés” (tray)…which, of course, must be followed by “bien” to complete the French phrase. How good our baby number 3 is!!! Trés bien!!

Elliott’s reaction: Well, Elliott’s been asking for “another Selah” for a LOOONG time… 🙂 From time-to-time he would ask me, “You have a baby in your tummy?” Or he would say, “I want another Selah!” So, needless to say, we couldn’t wait to tell him the news. When we sat the kids on the couch to tell them, this was roughly the dialogue:

Me: “Big guy, we have some fun news to tell you!”
E: What?
Me: We’re going to have another baby! You’re going to have another little brother or sister!
E: Or like Selah.
Me. Well, the baby probably won’t be JUST like Selah, but it might be a little girl or it might be a little boy.
E: Right now?
Me: No, it’s gonna take 9 months…it’s gonna take a long time. So you’re going to have a birthday and then Selah is going to have a birthday–
E: SELAH ALREADY HAD HER BIRTHDAY!
Me: Well, you’re right–
E: Why her have TWO birthdays??!!
Me: Well, she’ll turn 2 years old for her NEXT birthday.
(insert lots of talk about birthdays…) 🙂
Me: The baby is in my tummy right now, but the baby is SO tiny. Over the next few months the baby is going to grow bigger and bigger and bigger.
Brian: So in a few months Mommy’s tummy is going to be a lot bigger, and then you’ll know that the baby is growing big and strong inside Mommy.
E: Big and strong like you! (pointing to Brian) And like me! And like ME!!! And like Selah.
Me: Do you think the baby will be a boy or a girl?
E: Um, a boy.
Brian: Do you want a brother? A boy like Elliott? Or do you want a girl like Selah, another sister?
E: Another Elliott.
Brian: You want another Elliott? Buddy, that sounds so fun!
E: And I want another Selah. Who’s his mommy?
Me: Well, buddy, I’m going to be the baby’s mommy.
E: He’s going to be a big boy, like me. And he wear these? (pointing to the jammies he had on)
Me: Well, maybe one day, if the baby’s a boy, he can wear those clothes. But when the baby is born we’ll give the baby baby clothes to wear.
E: How the baby get in your tummy?
Me: God put the baby there!
E: Who be the baby’s daddy?
Me: Daddy is the baby’s daddy.
E: Who will drive her?
Me: Well, buddy, Daddy or I will drive the baby wherever he or she needs to go.

Selah sat on the couch next to Elliott yelling, “BABY!!!” at the top of her lungs periodically throughout the entire conversation :).

So, stay tuned as we journey through another pregnancy as a family. October feels SOOOOOO far away, but hopefully with two littles running around and a summer to look forward to, the time will go by quickly. Click here to read about my first (real) month of pregnancy, even though it is officially “Month 2.”

THANK YOU FOR REJOICING WITH US!!