By Susanne, In YWAM With no comments yet
MEET THE STAFF!
Malcolm 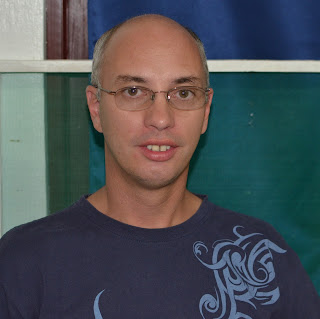 Malcolm is the leader of this base and is originally from England. He is a genius when it comes to strategy and logistical details. He has been serving in missions for over 18 years and personally recruited every staff member to pioneer this base!
Danny & Danae 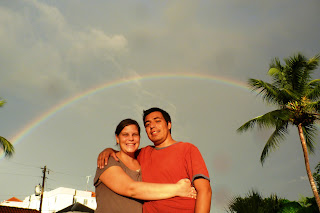 Danny and Danae were the first two staff members we met because they picked us up from the airport! Danae is originally from Olympia, which is a cool connection, and Danny is originally from Mexico. Danae has an incredible gift with kids (Elliott LIGHTS UP as soon as Danae walks into the room) and Danny is our amazing cook!
Johally, Mitch & Keira (Kiki) 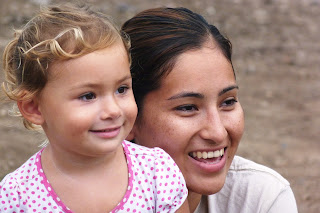 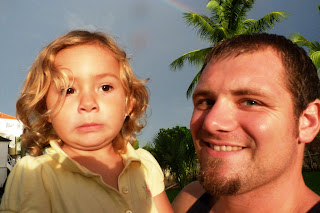 Johally and Mitch have beautiful Kiki who lights up the base with her hilarious faces and super adorable personality. Johally and Mitch have been extremely influential here already, and have made some incredible connections with families and churches here in the Dominican Republic. They have a passion to do counseling type work with married couples. Kiki loves Elliott so much–so much so that she calls both Brian and me “Elliott.” I have to get a recording of the way she says Elliott because there may not be anything cuter in the entire world…
Adrienne & Joe 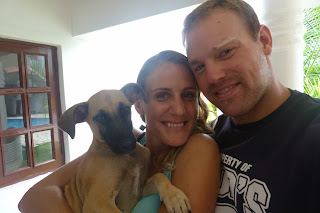 Adrienne and Joe are dating, and this is their dog Tormenta. She got lost during a bad storm and they found her when she was just 2 weeks old. Adrienne is an incredibly talented woman of God who is passionate about discipling and walking with women, teaching kickboxing classes, and empowering others with vision to run into their callings. Joe is an extremely loyal and faithful friend who powerfully encourages others and gleans awesome revelations from the Word of God. And, they are pretty darn cute together, aren’t they? 🙂
Sthefany & Rafaelito 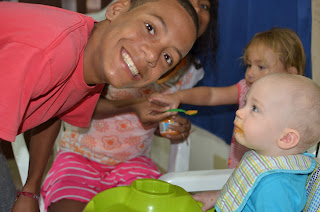 Rafaelito & Sthefany live on this property with us. Their dad Rafael is the property caretaker (I don’t have a picture of him). They L-O-V-E Elliott! They come running when they see him and scoop him out of my arms. He loves the attention and having “a brother and sister” to play with him all the time. Sthefany feeds him his dinner every night, and is eager to help with him in every way she can. They don’t speak English, so I get to practice my Spanish with them all the time! They teach me lots of new words every day.
Jose Luis 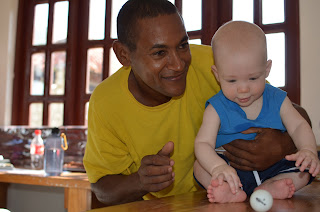 Jose Luis is not officially staff here, but he volunteers here every so often. He is Dominican, and another fun person to practice speaking Spanish with. He was here the entire first week that we were here, so we all got to know him well. I have rarely seen Elliott laugh as hard as he does when he plays with Jose Luis. Jose Luis is a kind, tender, caring guy who serves and loves everyone around him all the time.
Tags: Dominican Republic

< It Could Be a lot Worse…
Welcome to the Caribbean! >